If an endless supply of sunny days, cool nights, beautiful beaches and intimate encounters with whales sounds like an idyllic setting to you, add La Paz, Mexico to your travel list

Just north of Los Cabos in Baja California Sur, the La Paz region is overflowing with natural gifts from an abundance of silver and pearls to one of the world’s most impressive collections of sea life, much of which is surprisingly curious to interact with people.

From whale sharks and seals that swim with humans to an abundance of behemoth gray whales that seem to pose for selfies, the Sea of Cortez is home to a trove of exhilarating aquatic animals. La Paz boasts one of the top standards of living in all of Mexico and, while ecotourists have long loved the bounty of the region, foodies are starting to catch on, too (including those hunting for the birthplace of the taco). 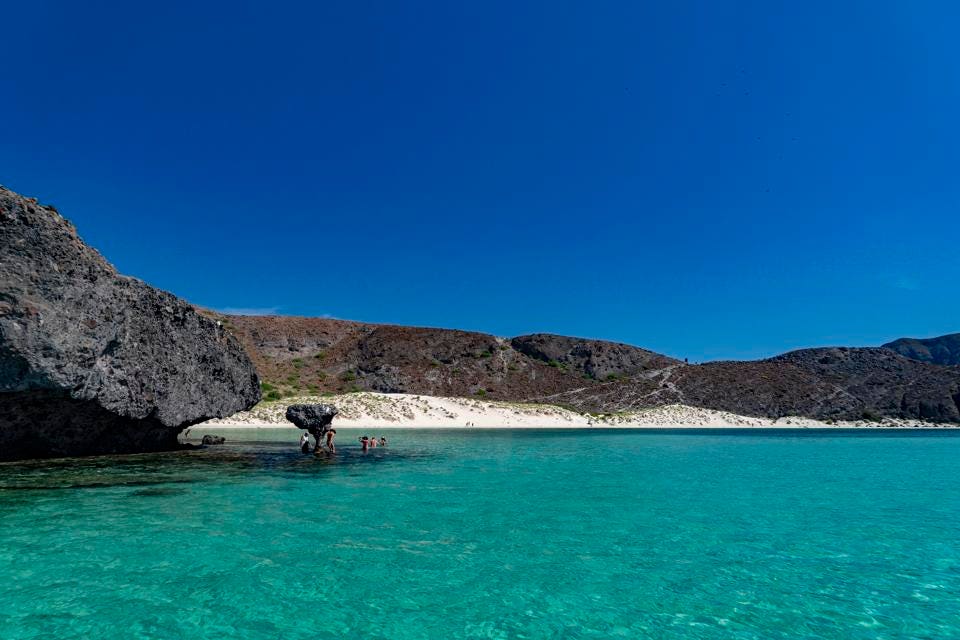 Sergio Rivera, chef and owner of La Casita Tapas + Wine Bar in Todos Santos (among other well-praised restaurants in the region), says La Paz is best known for chocolate clams (named for color, not flavor), ceviche and fish tacos thanks to its ideal location on the coast of the Sea of Cortez, but the diverse history of the region, including strong European and Asian influences, has sparked an international culinary scene that shouldn’t be missed.

La Casita’s menu, from elevated sushi to inspired cocktails, takes advantage of fresh daily catches and its own garden to present a casual chic farm-to-table style experience in a picturesque indoor/outdoor setting that encapsulates some of the best of La Paz’s culinary offerings, but there’s plenty more to explore beyond these flower-decked walls. From rustic regional dishes to elegant dining and on-trend restaurants, these culinary highlights will whet your appetite for a foodie journey of La Paz. Buen provecho!

Can A New Model Of Apprenticeships Save What’s Left Of The California Dream?

Embark On A Spiritual Journey Of Discovery

If you’re looking for the authentic taco experience in La Paz, Rancho Viejo should be at the top of your list. There are two locations in the city, including one along the malecón (La Paz’s dreamy beachfront esplanade), and both are 24-hour havens for the taco-obsessed. Simple tortillas served with a variety of flavorful fillings (mostly meats) and a colorful array of garnishes including radish, pickled onion and limes present the truest form taco in town. For something different, try Rancho Viejo’s famous stuffed potatoes. Something of a cross between a loaded baked potato and a potato taco, it’s corn, mushrooms and cheese atop your choice of meat served on a super soft bed of potato (almost mashed). It’s good for dinner, but it’s perfect at 3 a.m. after too many margaritas.

Technically, a lonchería translates as a snack bar, but it’s not a counter for snagging churros at a soccer game; it’s a lowkey restaurant for grabbing a quick meal, and many of La Paz’s loncherías are found along the highways connecting the region’s most visited cities and towns. Most of them rely on what they can grow and raise on site, sometimes procuring additional meat or seafood from neighboring farms and markets, and many are self-sustaining to the point of no electricity or running water (don’t worry, there’s bottled water). Stop by for a traditional breakfast of a beef empanada, beef burrito, beans, and cheese. It’s not the most Instagrammable breakfast, but it’s flavorful and filling without the heavy aftereffects of French toast and sausage, and it’s a truly local experience. Lunch plates are similar, and just about everything comes with the ubiquitous beans and house-made cheese that you’ll come to expect with every authentic meal in La Paz.

Sesame tuna with avocado on crispy wonton at NimBRANDON SCHULTZ

Seafood is king in La Paz and, while most restaurants offer a fresh catch of the day, most chefs don’t catch their own, but Cristina Kiewek, chef and owner of Nim in La Paz, does. Cristina and her boyfriend personally catch the daily fish served at Nim and at Azul Marino, the harbor restaurant co-owned and operated by Cristina’s sister. The seafood-forward menu features octopus with chorizo, oysters (Rockefeller or New Orleans style), shrimp and plenty more alongside meat entrees like mole chicken breast and lamb tagine, but there’s a considerable menu of specialty salads for vegetarians, too.

La Paz has a rich mining history, particularly in silver and gold. The old mining village of El Triunfo, once home to 10,000 miners, is experiencing a slow renaissance as its historic buildings are being restored and tourism is turning the small town (there are only about 300 people residents today) into a destination once again. You might not expect to find important food in a centuries-old, nearly abandoned mining town, but step into the newly opened mining museum, Museo Ruto de Plata, and you’ll discover the alleged origin of one of the world’s most famous foods. A small plaque inside a dark cave exhibit notes that Mexican miners were first to describe meals stuffed into rolled tortillas as “tacos,” a word which originally described a bit of gunpowder wrapped in paper, used in mining. Now you know.

Just outside the museum, grab a meal at El Minero and experience the old town’s leap into the 21st Century with health-conscious, international cuisine. El Minero believes in clean food, so you won’t find things like chemical-laden, sugary soft drinks on the menu. It’s most famous for its delectable trifecta of homemade sausages, and the best way to partake is to sample all three on the Plato Mixto. You’ll get a sausage each of beef, lamb and pork alongside a crisp green salad, fresh and aged cheeses, and a cheesy potato salad served with fresh bread and marmalades. (It’s a perfect platter for sharing with a few friends.)

For ambiance and experience, Sorstis is the best in town. Serving primarily Mediterranean fare in either the large courtyard surrounding a central fountain or the intimate dining room punctuated by bold paintings and mirrors reflecting candlelight, this is the ideal setting for an elegant meal in La Paz. For the full experience, start with the Iberico ham, shaved tableside (full disclosure: coveted Iberico pork is one of the world’s most expensive meats, so this one is not for the budget-conscious), and pair your meal with a bottle of red from Baja California’s famed wine country, Valle de Guadalupe.

The Best Concerts in Miami This Week, November 6-12

One Italian city’s ingenious plan to combat xenophobia with design

Marzo 26, 2020
%d blogger hanno fatto clic su Mi Piace per questo:
We use GDPR/CP to make sure you can have the best experience on our site. If you continue to use this site you will accept everything automatically.AcceptRejectRead more